Like the fishermen who dropped their nets at the feet of Jesus. Or those very first “Inlanders” who founded AIM in an unprecedented push toward Africa’s inland peoples. We are characterized by uncompromising love and a courageous obedience to Christ’s call that takes us to places of uncertainty and, sometimes, insecurity. We go wisely, but in faith – knowing that the One who calls us is faithful. Knowing that we are merely participants in an unstoppable work of God to bring the nations unto Him.

We are part of a movement infused with rich history and fresh vision. We come as learners and work in teams. We go to some of the hardest places, but we are ordinary people, transformed by Jesus and called to an extraordinary journey, privileged to be caught up in God’s great redemptive work in Africa.

The Mission of AIM

Africa Inland Mission (AIM) is a Christian mission sending agency with a heart for Africa’s peoples. We have our roots in a small band of faithful men and women who, in 1895, ventured inland to reach Africans untouched by the gospel. Their vision set the course of AIM for over 120 years, as a community called and sent to live and minister among Africa’s least-reached peoples. This call remains. Our desire is to see the worship of Jesus Christ spread across the continent of Africa – through individual lives fully committed to him and collectively through Christ-centered church communities. Our Lord has done a mighty work in Africa, where His Church is vast and growing daily. But with over 1000 African people groups who have yet to hear the good news of Jesus Christ, the task is far from finished.

The landscape looks a little different in the 21st century. Most Africans own a mobile phone. They are on Facebook. They are moving into cities, modernizing, and even emigrating to places around the globe. Africa is the fastest growing population in the world, and by 2050, it’s estimated that 1 in 4 people on Earth will be African. As emerging global forces, African nations are caught up in battles for their vibrant economies and valuable resources. They are also caught up in a fierce spiritual battle. Deeply rooted traditional beliefs and a powerful movement of Islam hold many captive. But the church is here too. It stretches wide and deep but does not touch every corner. Not yet.

The ‘inlands’ of today – those places where the gospel is yet to take root – are not so much geographical as they are cultural and ideological. Within the borders of a given country, the Church may be alive and well among one people group and completely unknown to another. Because of these barriers, about 1000 of Africa’s 3700 unique ethnic people groups are still unreached, with no viable witness to the good news. That’s over 300 million people who have little opportunity to hear the gospel, and even less to be discipled as a follower of Jesus. It is for these we labor.

Today, through God’s grace, calling, and power, Africa Inland Mission is overcoming obstacles to make inroads and make disciples among Africa’s remaining unreached, wherever they may live – from the center of the continent to the cities of Europe. And through leadership training and mobilization of African missionaries, we are strengthening and partnering with African churches as we together engage the unreached and look forward to seeing Christ-centered churches among all African peoples. We are part of a movement infused with rich history and fresh vision. We come as learners and work in teams. We go to some of the hardest places, but we are ordinary people, transformed by Jesus and called to an extraordinary journey, privileged to be caught up in God’s great redemptive work in Africa.

Overcoming obstacles to make inroads and make disciples among Africa’s remaining unreached, wherever they may live – from the center of the continent to the cities of Europe. 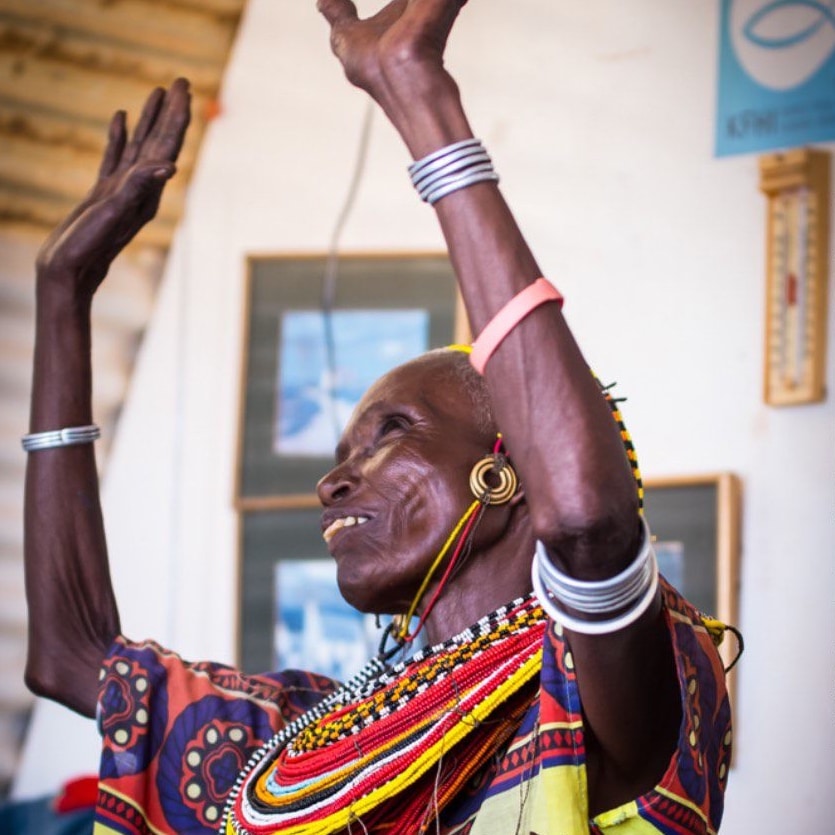 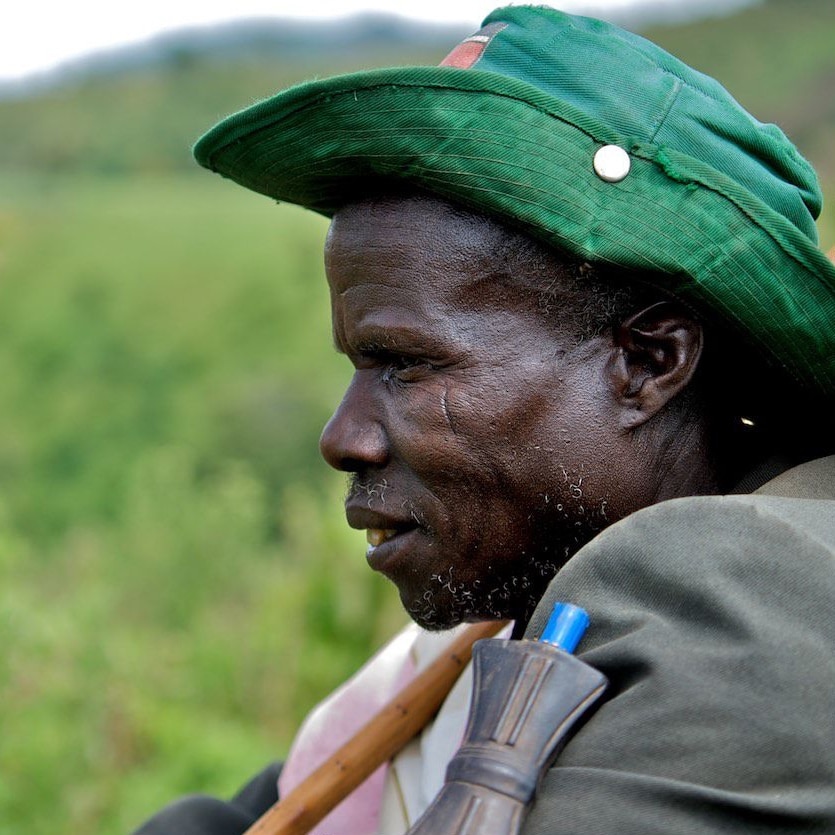 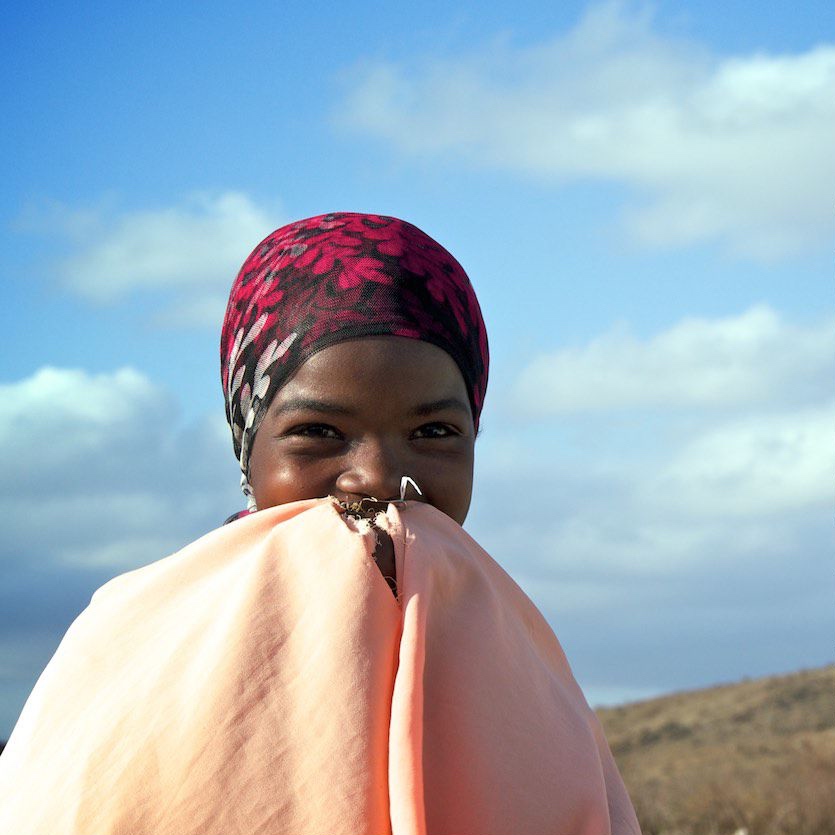 AIM’s history has been characterized by efforts to reach out to Africa’s unreached. In 1895, this was the ‘inlands’ of Africa, the interior of the continent where there was no gospel witness and no church. Since then, the Lord has sovereignly established many churches in Africa among those ‘inland’ peoples. While celebrating what He has done over the past 120 years, our current objective remains the same – to go to the difficult places, the ‘new inlands’ where there is no church… to the ends of the earth. Learn more about AIM’s “Vision 2020” in the above video.

AIM currently has personnel serving in over 20 African nations including some islands in the Indian Ocean. Our work is divided into five regions, Northern, Central, Eastern, Southern, and Diaspora Region.

*Note: Specific countries in north Africa and some other regions are not listed for security reasons.* 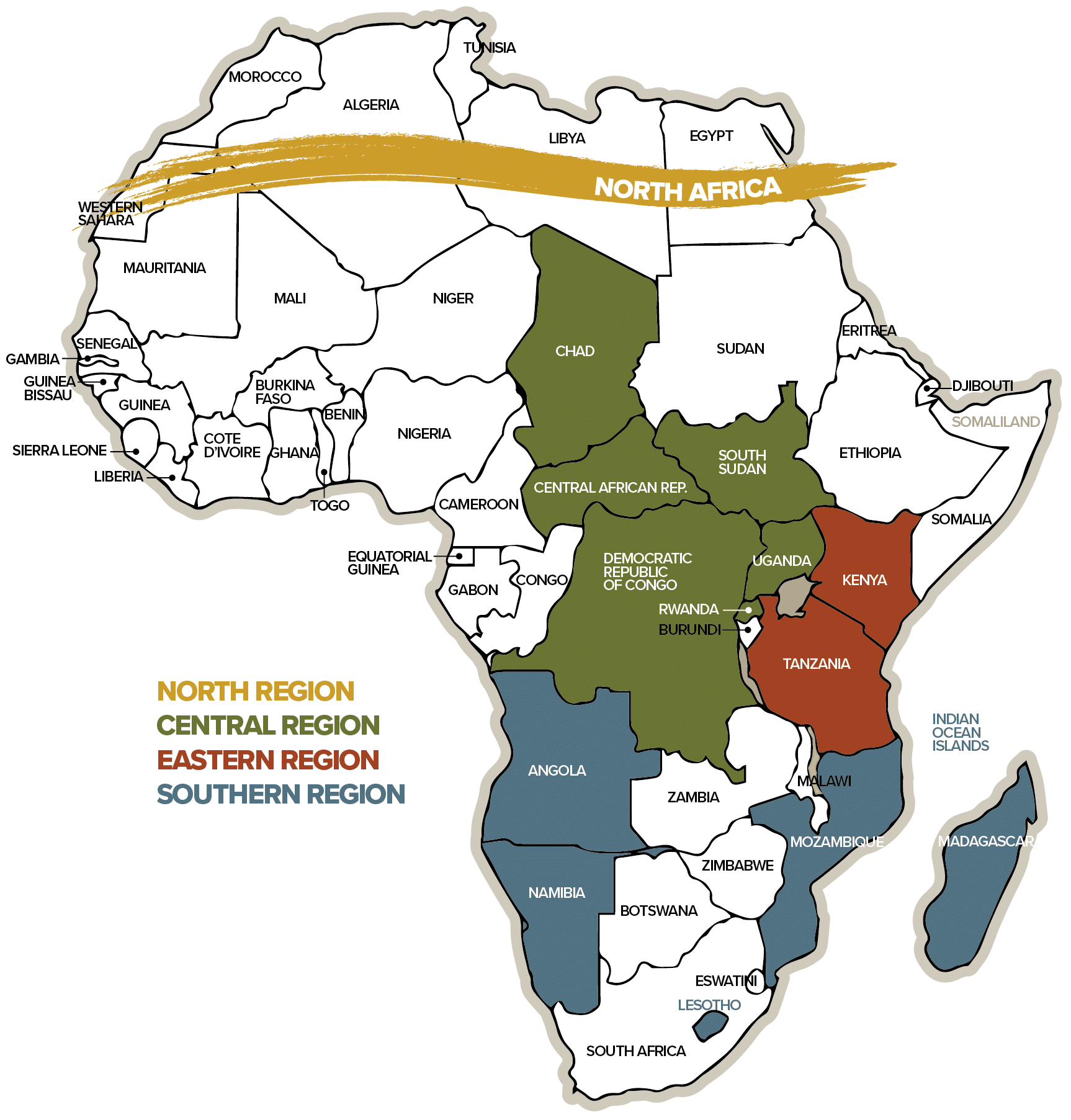