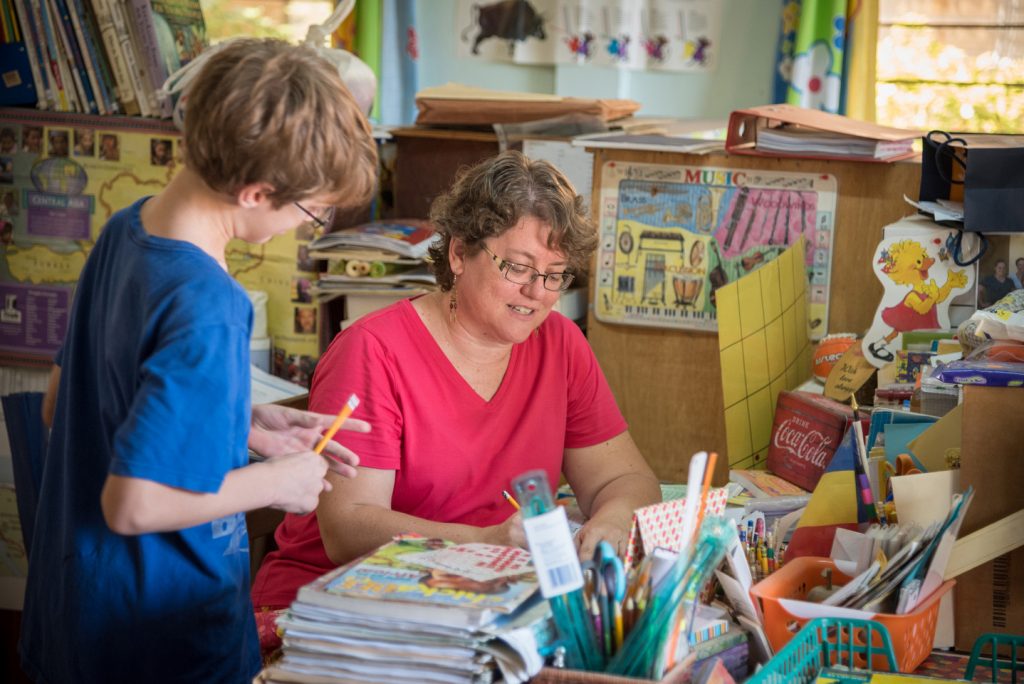 For Debbie, what began as a two-year ministry term blossomed into a 30-year career

When Debbie was in college studying elementary education, she came across a brochure of missionary teaching opportunities and, in her un-subtle way, “wrote to all of them.” God directed her to Africa Inland Mission, and although she did not yet have any teaching experience, they took a chance and accepted her. God put a stamp on that deal by bringing in all of her support in just four weeks.

Her enthusiasm unchecked, Debbie inadvertently showed up in Africa a week early. “No one was expecting me,” she laughs, as she recalled being stranded at the guesthouse and begging a ride on an airplane in order to make her way to eastern Congo. Timing would become something of a theme in Debbie’s missionary career. Not necessarily bad timing, or good timing for that matter. Perhaps simply the right timing for a grander plan that God would orchestrate.

In 1988, she landed on the slippery grass airstrip at AIM’s Rethy Academy and became the new fifth- and sixth-grade teacher. Rethy was a bustling mission station set in the hills of northeastern Congo, featuring a printing press, radio station, hospital, church, and the boarding school with forty missionary kids.

Brother and sister teammates David and Joyce Richardson would make an especially important impression on Debbie. Over the course of her two-year term, Debbie watched the Richardson’s in their humble and selfless devotion to the local people and thought to herself, “I don’t want to leave this place until I love these people like they do.”

And with that, Debbie opened herself up to ministry beyond what she had defined for herself. A love for the people turned into a deeper love for ministering in Africa, and that initial two-year term has blossomed into a career. This May, Debbie marked thirty years of teaching on the continent.

After a short stint in Bible school, Debbie returned to Rethy in time for the August 1996 start of classes, and as she says, “just in time for the evacuation.” In December, to escape an approaching militia, the entire station evacuated. In January, the station was looted and decimated—collateral damage in what’s known as the “first Congo war,” and the beginning of a conflict that would span more than a decade and kill millions.

But Debbie was undeterred. She returned to a different part of Congo in August of 1998 to open a one-room schoolhouse for the small group of missionaries in Bunia. She flew in on the last plane before the second wave of rebellion. “It was the second time I would leave everything but a ten-kilo bag behind to be looted,” she says. “In the thick of it, you tend to stay calm. As a teacher, I had an emergency mode, where I don’t think of anything but keeping the kids calm. But later, when you get to [safety], that’s when it hits you. You become jello. It becomes real, and then you ask yourself, ‘Why didn’t I bring out the chocolate?’”

Debbie stayed in Nairobi, Kenya for twenty-six days, recuperating, mourning, and praying about what was to come next. While there, AIM’s Rift Valley Academy boarding school in Kenya called, saying they were desperate for a fourth-grade teacher. It just so happened that some of the children who’d evacuated with her from Congo were in fourth grade. “It was so clear to me that God wanted me there,” she explains. “The children would have someone who had that same history with them. It was a great decision.”

She served at RVA for twelve years, the longest she’s lived in one place, and eventually, she became the school’s elementary principal, a teaching and administration challenge that prepared her for her next mission: launching a day-school in faraway Chad.

For years, AIM had dreamt of sending missionaries to Chad, a hard-to-reach country in the middle of the continent, but a place open to the gospel message. But the biggest obstacle for recruiting? There was no school for the missionary children. Debbie heard the need loud and clear and arrived in N’djamena, the capital city, in early 2010. In March, they broke ground for Wellspring Academy, and by August 11th, the school term began.

“Starting a new school is like having a newborn,” Debbie explains. “The building was finished, but the school was just taking form.” She and her one other staff member wrote policies and schedules, tutored children to prepare them for an English-speaking school, and ordered books for the library and arranged for their delivery. By the end of the first year, Wellspring Academy had sixteen students. And by the second year, they had a third teacher and the beginnings of a junior high.

Today, the school continues to thrive. The primary school has busy, colorful, well-structured classrooms and teachers who are larger than life, heroes to their kids. Birthday songs and the school anthem fill the humid air, and the children enjoy recess and free time in the dust. No matter how hot and dirty their playground is, to them, it’s “the best.”

These kids will undoubtedly build fond memories: of the felled tree and the tire swings in the courtyard, of the classrooms running ninety degrees or hotter, and of friendships forged in the shared adventure of being missionary kids in Africa. Those memories will be possible, in part, because of Debbie’s openness to God’s calling and God’s timing. She’s followed her love for missionary children from the Congo to Kenya to Chad and has (so far) taught nearly four hundred students. 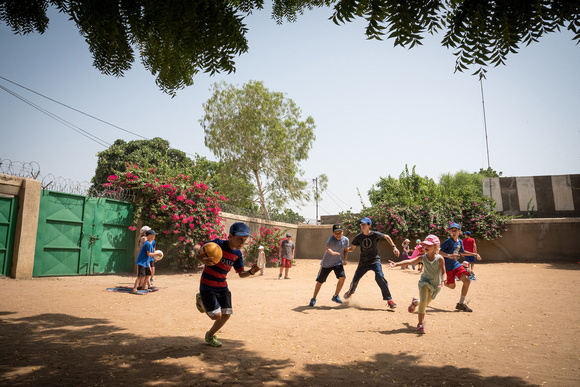 Students at Wellspring Academy enjoy a spirited game of ball in the school’s playground. Debbie helped found Wellspring in 2010 to provide a quality educational option for the children of missionaries serving in the central African nation.

Interested in serving? Explore the possibilities on our Serve page. 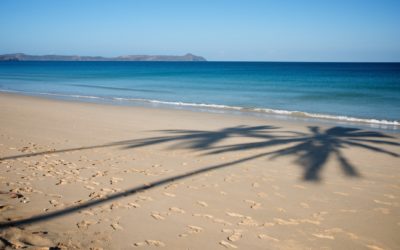 One Corner of Creation

One corner of creation
“There is such beauty on this island… but beyond that natural beauty, there is beauty in God’s best creation – people. The people of Antanamivony, our village, have welcomed us with huge open arms.”

The Lopit live in villages tucked amidst the slopes of the densely forested mountains of South Sudan. “It kind of feels like you’re in the middle of nowhere,” says Ashley. “It’s very remote – you kind of feel like nobody knows this place.”

Greater Things are Yet to Come

Imagine walking down a busy market street in North Africa, catching the eyes of a few veiled women, a handful of school children, and some shopkeepers…