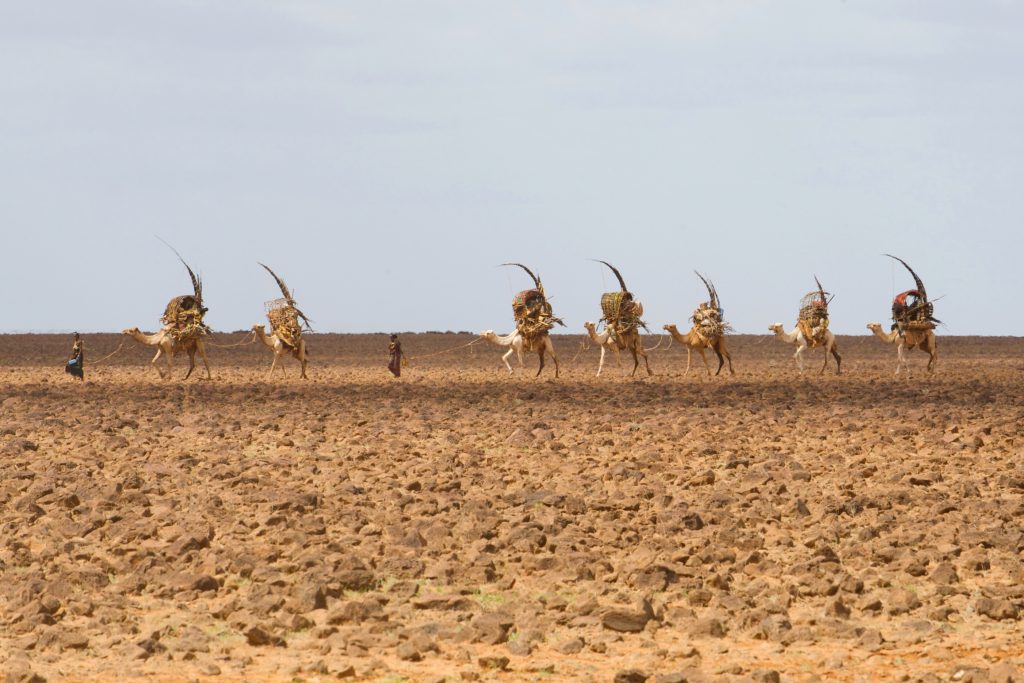 Songs in the Desert

In 2016 I took some vacation time from language school to visit friends in England.  I had been learning French for seven months, and frequently worshipped God in French at my local French church, during our weekly school worship times, and even alone.

I had gotten to the point of being comfortable enough with some songs to be able to focus more on God than on how to pronounce the words, or what notes to sing.  My daily time with God was in English, but corporate worship was in French.  That Sunday in August, though, I sat toward the front of the church, and as we stood and began to sing, I began to cry.

My heart is also stirred for those who have never had the opportunity to sing to the Lord in their heart language and with their heart music.  Relating to God through a foreign language sets up hurdles in worship. Linguistic, musical, and cultural barriers have to be pushed through in order to focus on God, and, in cases where the Scripture translation worship music is foreign, it may even leave the believers feeling that God is distant and foreign; that perhaps He doesn’t speak their language or understand their music.

I want believers to know the joy of singing to the Lord in their heart music style, with their instruments, and in their heart language. I want them to have a biblical perspective on music and worship.  It was this desire, then, that led me to facilitate a music and song composition workshop in northern Kenya.

The town of Dukana is situated approximately 620 miles north of Nairobi, with the last four or five hours of the drive off the main road, heading towards the mountains and the Ethiopian border. Here, by the invitation of Eddie and Rachel Andersen, approximately 40 believers gathered together, less than half of the expected turnout because of last minute travel complications.

God knew, however, that this smaller gathering would allow for greater discussion and interaction between people groups, and so we welcomed two individuals (Kamba and Rendille) as well as groups of Gabbra, Borana, and Dasaanach believers.

Meeting from early in the morning until late in the evening, our three-day workshop was seeped in Scripture.  As western Christians, it’s easy to say that singing is an important part of corporate worship.  We may even listen to Christian music or sing on our own.  But why do we say music is important?  How do we determine what kinds of songs should be sung, and which instruments should or should not be used? Can song be used to address significant cultural issues in a biblical way? Is song-writing reserved for a special, select few?

These are issues that we discussed together over the course of our three-day workshop.  We discussed what God says about music in both the Old and New Testaments, and saw in Scripture that God delights in our music, but not if our hearts are far from Him.  Throughout the workshop, participants remarked several times on the significance of a clean heart in worship.

We also considered the use of instruments both positively and negatively in Scripture, and the biblical teaching of worship as a lifelong, daily activity instead of simply the singing time at church. Each day we spent a significant amount of time in Scripture, and it was encouraging to see many believers with their own Bible, searching out Scripture references for themselves.  At the end of the workshop, several believers said that they had never heard teaching like this before.  They knew they should sing to the Lord, but they didn’t understand what God said about music.

Several other believers were also amazed to learn that they could compose a song.  They previously thought that a person would pray and God would give them a song, and therefore, if someone didn’t have that gift, they couldn’t compose a song.  However, over the course of the workshop, these believers gathered into groups with their Bibles, prayed together, and set out to compose songs.

One Borana woman is establishing a children’s ministry in her town, and has been trying to find music appropriate for children.  “Now,” she exclaimed, “I don’t have to wait for someone else to be given a song.  I can sit down with my Bible and compose a song!”

The second day of the workshop we discussed issues that are significant to our cultures. Giving examples from America and the Digo people in Tanzania (where I previously served), I shared how Scripturally based music can address cultural issues that don’t honor God. Each group then made two lists, one of positive qualities of their community, and the second of areas their communities struggle in. Witchcraft, adultery, animal sacrifices, female circumcision, and revenge were some of the issues identified.

Next each group selected one topic from their list of struggles, and searched Scripture to find out how God speaks to it.  They then composed a song based on Scripture to address the issue they had chosen.  From beginning to end, this was done within their groups: identifying issues, choosing one, finding Scripture that addresses it, and composing the song.

The Gabbra wrote about revenge from Romans 12:19-21:
Do not be overcome by evil but overcome evil with good.
Do not take revenge, for God says ‘I will take revenge for you.’
As it is written, feed your enemy if they are hungry
and give them water if they are thirsty.

In a place where inter-tribal conflict is a reality, this song is a significant counter-cultural statement.

The final song was left up for each group to choose.  The enthusiasm in each of these groups was unmistakable. The Dasaanach’s final song was based on 1 Thessalonians 4:16, calling out the different names of Jesus and affirming “He will come back!” The Borana group decided to compose an evangelistic song based on John 14:6, singing:

I will tell you the truth
Jesus is the way and the truth
Without him there is no other way
He is a just judge.

By the end of the workshop, 14 new songs in four different languages and music styles were composed and recorded to be broadcast on the radio.

More significantly, however, believers from conflicting tribes worshiped God together, encouraging one another to stand firm and affirming the unity that we all share in Christ.  They also left the workshop with a better understanding of the Bible’s teaching on music, how to compose music themselves, and how to continue composing relevant and Christ-honoring music in their own communities and churches. 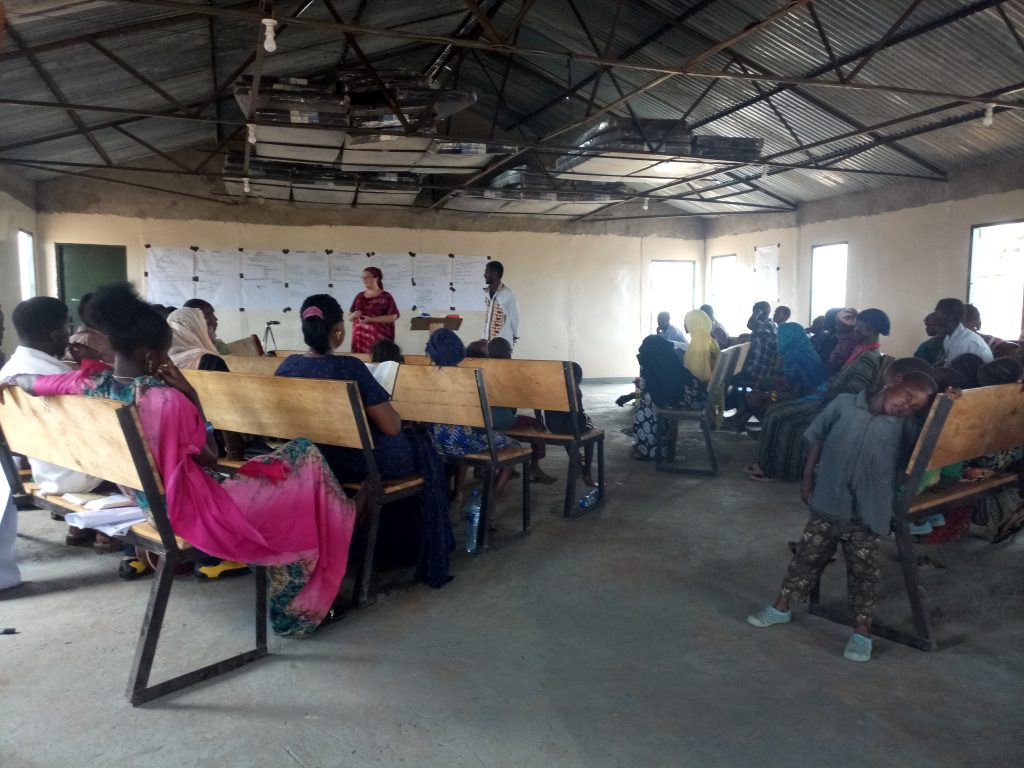 Mary currently serves as part of AIM’s Diaspora ministry. “Diaspora” refers to people who have left their countries of origins and are now living in a foreign country, whether as refugees, international students, or immigrants. Mary is also involved in leading music and song composition workshops in Africa. These workshops focus on developing a biblical perspective on music and encourage participants to compose Scripture-based songs in their heart language and heart music style.

Interested in helping nomads worship God in the language of their heart? Explore the possibilities on our Serve page or sign up for our Explore More email series to learn more.